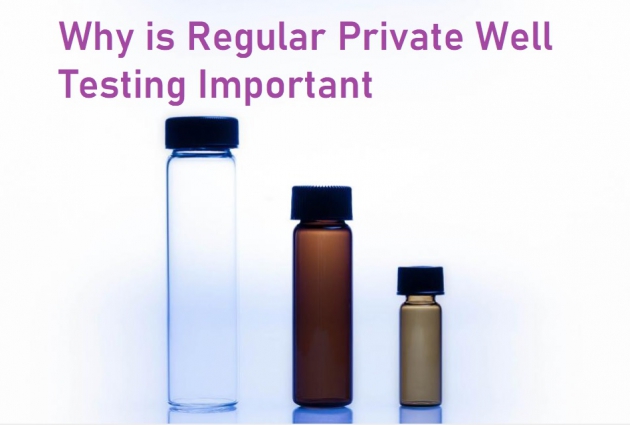 Access to a private well can provide a lot of freedom, but the well owner is also responsible for the quality of their water. Contamination is an ever present threat and waterborne diseases can be harmful to health. We rely on a source of clean drinking water to meet our daily needs and well water quality can be changeable. For this reason, most well owners add extra water filtration to clean their water. But, regular well testing is an essential aspect of responsible well ownership.

What are the Risks?

It’s impossible to verify the presence of many common contaminants without laboratory testing. Microorganisms such as bacteria, viruses, parasites, and cysts cannot be seen with the naked eye and the water may taste fine. These microbes are naturally occurring, they are found in groundwater sources and surface waterways too. When they are ingested, they can cause people to fall sick quickly and in extreme cases, exposure can be fatal. Other common sources of pollution are chemical contaminants and heavy metals that may be hard to detect without regular water testing.

Which Water Tests are Required?

It’s important to test the water for basic potability, which looks for coliform bacteria, iron, manganese, sulfate, total dissolved solids (TDS), water hardness, sodium, pH levels and nitrates. These contaminants can have a harmful effect on our lives as follows;

How Often is Water Testing Needed?

Annual water testing is advisable and if you cannot remember the last time it was tested, it’s time to test it now. Shallow sources of groundwater are more prone to contamination and this necessitates more frequent testing. Another good reason to test well water is after changes in the area, such as local construction and mining operations. Laboratory water testing is the only truly accurate method, but store bought testing kits can provide broader data that may be useful.

If you’re worried about the quality of your well water, contact your local water treatment specialist today.